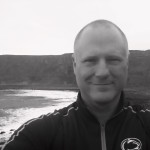 The Volleyball Practice in Rockville, MD
John's volleyball experience spans 40 years as a player, coach, administrator and parent, and at the recreational, high school, club, NCAA Division 1, and USAV national program level. John's interest in volleyball spiked in 1977 when his older brother Keith was an All-State athlete at Liberty High School (Bethlehem, PA), and later at George Mason University. This early and continued interest, nurtured by great coaches, playing opportunities and volleyball communities, has given John a  perspective of the sport informed by experts, experience and lots of practice. John was a four-year starter at Liberty High School, coached by Larry Deutsch, and was named to the All-East Penn League Team three times, and twice named the league's Most Outstanding Player. While in high school, John played with the Allentown Volleyball Club, a men's AA team, led by legendary player (East Stroudsburg) and current Parkland High School (Allentown, PA) coach Mike Krause.  In 2015, John was inducted into the Liberty High School Athletic Hall of Fame. John was a four-year varsity athlete 1982 to 1986 at Penn State University under Hall of Fame coach Dr. Tom Tait, and was selected by his teammates as co-captain in 1986. The Nittany Lions earned a bid to the NCAA Championship Final Four twice, and played in the EIVA Championship four times.  John was one of twelve athletes named to the USA East team at the 1983 U.S. Olympic Sports Festival, coached by Bob Gambardella.  John also competed in the Keystone State Games and Men's AA clubs in the Chesapeake and Keystone Regions. He continues to play with the Nittany Legends at the USAV Open Nationals and the senior circuit. John's coaching career began at summer camps coaching under Hall of Fame Penn State coach Russ Rose.  John served as assistant coach for the gold medal winning girls team at the 1984 Keystone State Games,  JV volleyball coach at Wilde Lake High School (Columbia, MD) and Whitman High School (Bethesda, MD).  From 2008 to 2015, he coached the boys varsity volleyball team at Wootton High School(Rockville, MD), where he guided his teams to a 102-15 record and three AVCA Team Academic Awards in 8 seasons John earned a B.S. in Secondary Education/Social Studies and a Certificate in Geographic Information Systems from Penn State, and an M.S in Business from Johns Hopkins University.  John is a CAP 2 Certified coach by USA Volleyballand  Level 2 National Certified Coach by the National Federation of High Schools.
John shares his knowledge and experience with LJV coaches and provides extra guidance with our growing boys program...  we are lucky to have John connecting with us on the West Coast! send an email to Coach John: John Hartranft 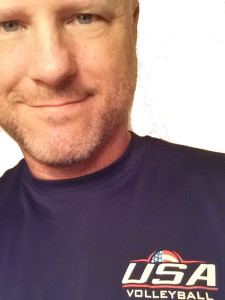